We believe that classical music belongs to everyone! Jazz at Divino is an organization committed to the preservation of the musical arts. Divino has presented jazz, Brazilian, cuban, flamenco, classical & world music in an intimate setting in Sausalito since 2006. It is the mission of Jazz at Divino to support professional musicians in the Bay Area through performance opportunities and artist promotion […] 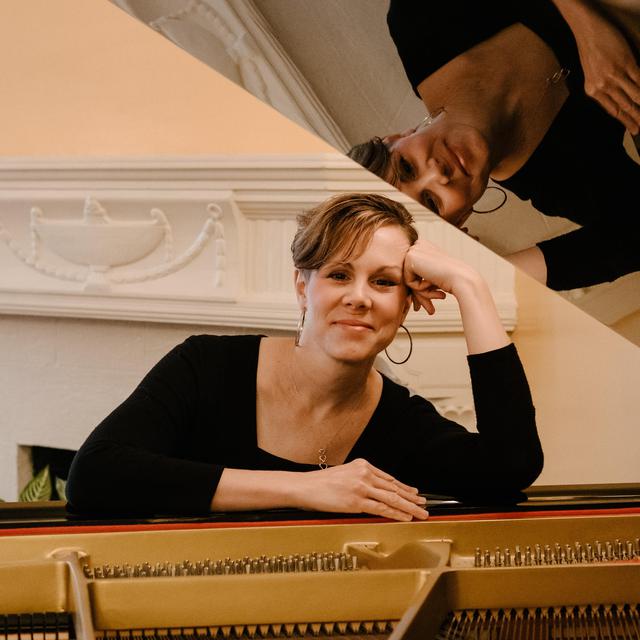 Pianist, composer and bandleader Amy Stephens loves jazz and classical piano and is well-versed in both realms, performing and recording extensively for the past 20 years. She is particularly fond of Third Stream music, the fusion of classical form with jazz language and sensibilities. Her 2018 album BECOMING showcases Amy performing new Third Stream works […] Multi-reedist Matt Renzi has been performing professionally for the past 20 years at international jazz festivals and music venues worldwide. For the past decade, he has been recognized multiple times by jazz organizations in Italy, Spain, Belgium, India and Israel as well as in the United States for his advanced concepts in spontaneous group composition […] Building upon the international success of her first two recordings, Sangria (2009) and Indo Latin Jazz Live in Concert (2017), Mariah Parker is poised to take her music to greater heights with her new CD project. This new recording represents the next evolutionary phase of Mariah Parker as composer, performer and bandleader, concurrent with the […] The Golden Gate Park Band has been playing free public concerts on Sundays in Golden Gate Park continuously since September of 1882. Now in its 137th season, the GGPB is one of the last big-city outdoor bands to present a full season of free concerts. The Band offers a variety of music at its concerts […] Music Beyond Borders is a unique blend of Jazz and multicultural musical forms that span the diverse musical traditions of the planet. For nearly 40 years, Ian Dogole has created music that draws upon the innovations of the jazz tradition, as well as the scales, rhythms and instruments from the indigenous music cultures across the […]

Music Beyond Borders is a unique blend of Jazz and multicultural musical forms that span the diverse musical traditions of the planet. For nearly 40 years, Ian Dogole has created music that draws upon the innovations of the jazz tradition, as well as the scales, rhythms and instruments from the indigenous music cultures across the planet. Music Beyond Borders goal is to uplift spirits, open hearts and expand horizons through recordings, live performances and music education.The new project is entitled Quinta Essentia, which is Latin for the Fifth Essence or Quintessence. Quinta Essentia evokes the presence of an element that transcends the four common physical elements of earth, water, air and fire and exists in its purest form – aether. Quinta Essentia will present a panoramic musical view, featuring a number of original compositions for both solo instruments and small ensembles that are rooted in the traditions of West Africa, Nubia (along the Nile River), Afro-Peruvian Landó music and, of course, the innovators who’ve stretched the parameters of what we call Jazz.
Affiliate Website
Facebook Twitter Youtube